Home Divertisements Lack of financing of loss and damage wary as climate-disasters rise in... 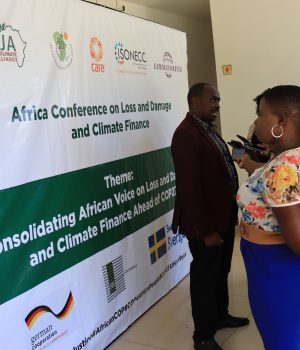 Lilongwe, Malawi 26 April 2022:  From Southern Africa to the Horn, climate-related disasters are on the rise and have heightened the wary among citizens about the lackadaisical discussions around loss and damage within the UN Framework Convention on Climate Change discourses.

At a meeting in Lilongwe, Malawi, climate activists and experts coalescing under the Pan African Climate Justice Alliance (PACJA) noted the lack of capacity of African governments to account for loss and damage, their inability to come up with data to coherently argue for compensation from loss and damage of property, and livelihood such as was recently witnessed in South Africa, Malawi, Mozambique and Zimbabwe.

Activists decried the slow progress by national agencies tasked with research in leading the way in aggregating relevant data and in undertaking studies that are relevant to influence process under UNFCCC.

Ahead of the Malawi conference, over 400 people died from ‘rain bomb’-caused floods in Durban, South Africa which also left highways, and property damaged. In the horn of Africa, thousands of families are affected by the ongoing severe drought that has left many without livelihoods.

“Discussions on the compensation for loss and damage must be prioritized by Africans in all discussions within the UN Framework Convention on Climate Change negotiation processes,” said Dr Mithika Mwenda, the Executive Director, Pan African Climate Justice Alliance.

He added that the lack of interest in the UNFCCC discussion processes on loss and damage is dampening hope for quick rebound from climate-related disasters among residents of a continent described as most at risk regions of the world.

Conversations on financing adaptation and compensation for Africa’s future inability to industrialise or use fossil-fuel energy in the way firms and economies in other countries did is urgent, said Prof Patrick Bond, of the University of Kwa Zulu Natal, South Africa.

Most African countries are struggling in quantifying loss and damage a situation that Dayce Nkhoma, the Director of Risk Reduction in Malawi attributes this to lack of resources and skills. “Such a situation makes it hard to backup resource mobilization for loss and damage,” said Nkhoma.

Augustine Njdamnshi, the Chair of political and technical committee at the PACJA noted that although loss and damage discussions first cropped up in 1999 and concretised in 2015 in Paris, France that led to the Paris Agreement’s Article 8, there is still lack of mention on compensation for loss and damage.

“More than capacity building, technology transfer and generalized discussions on climate finance means nothing without mechanism to compensate for loss and damage,” he said. And in deed as noted by Prof. Satish the capacity is not widespread and an appropriate bottom-up model of capacity building is necessary.

Prof Bond noted that the recent happening in Durban and as exemplified in other African countries, governments have no mechanism to pay for loss and damage.

“South African government for example promised to support victims of the recent floods but are yet to honour the promise,” he noted adding that this could mean either the lack of resources, or capacity to compensate for loss and damage,” he said.

He said loss and damage is contextual noting that the African continent is exposed to diverse types of loss and damage which manifest most significantly in diverse sectors and are associated with certain events (both extreme and slow events) over different time scales i.e., at present as well as in the future that is anticipated in the medium and long-term.

Loss and damage associated with drought, floods, and seal level rise have a fundamental importance to Africa whose communities such as those in the Sahel and the Horn of Africa whose economies are trying to cope with losses for which they have limited capacity to respond.

Participants noted the weak private citizen civil litigation frameworks which have not allowed private citizens to sue government entities for compensation from what most governments define as natural disasters.

In the recent past, African delegates to the UNFCCC have strived to retain Loss and Damage in annual UN summits. But the 2012 18th Conference of Parties (COP18) held in Warsaw, Poland watered-down the language that left Africans unamused.

To chart the way forward, African nations, led by the civil society pressure groups such as PACJA are beginning to seek for alternative to the debate on loss and damage. It is great to see the convening beginning to premise COP27 as a Climate Impact COP, a framing that centre Adaptation and Loss and Damage agenda and is congruent to the pan African mobilization for advancing implementation of special needs and circumstances consideration of African continent in UNFCCC.

According to Julius Ngoma, the Coordinator of the Civil Society Network on Climate Change said the loss and damage conference in Malawi provides Africa with the opportunities for addressing these issues from the climate justice lens. 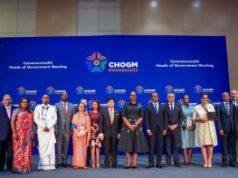 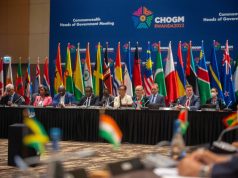 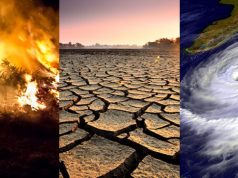